Thanks for checking out our build! Head over to our Instagram page @taco_nobodys to follow along on our adventures.

The truck was purchased in early 2017 with 1 mile on it. We bought it with the intention to build it as an overlander. We don't really do or plan to do crazy crawling or high speed desert stuff. The plan is, and always has been to make the truck more capable then we'll need to go just about anywhere in comfort so we can explore cool stuff safely. We were getting tired of traveling and camping out of smaller VW's and Audis. Due to the VW Dieselgate settlement, we made out pretty well and decided to invest in something more suitable to our travel and daily needs.


I think when my wife and I bought the truck with the intention of using it as a means to get out and explore a bit more we didn't think it would get this crazy, this fast. At this point we are elbows deep with even more planned and we figured I should make a thread where people can see the things we did, as well as document for ourselves. I'll try and keep it updated obviously but feel free to send a message if you have a question about something specific.

How the truck sits today... 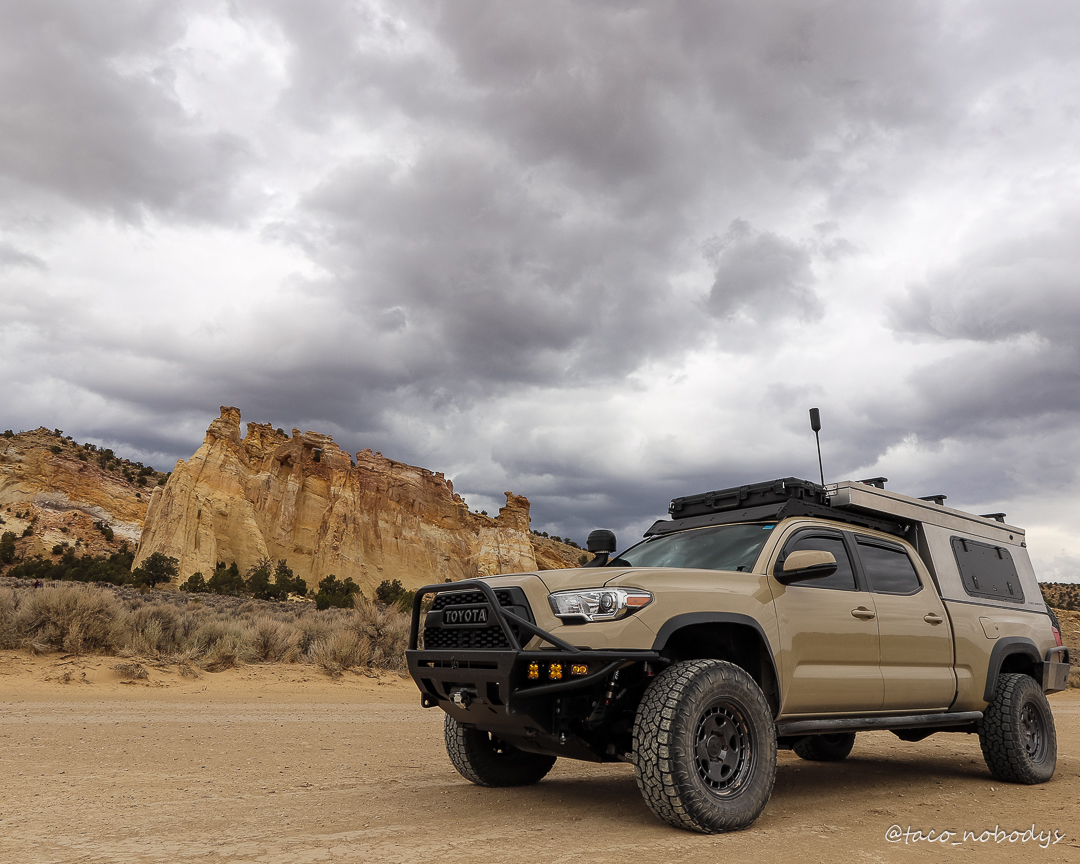 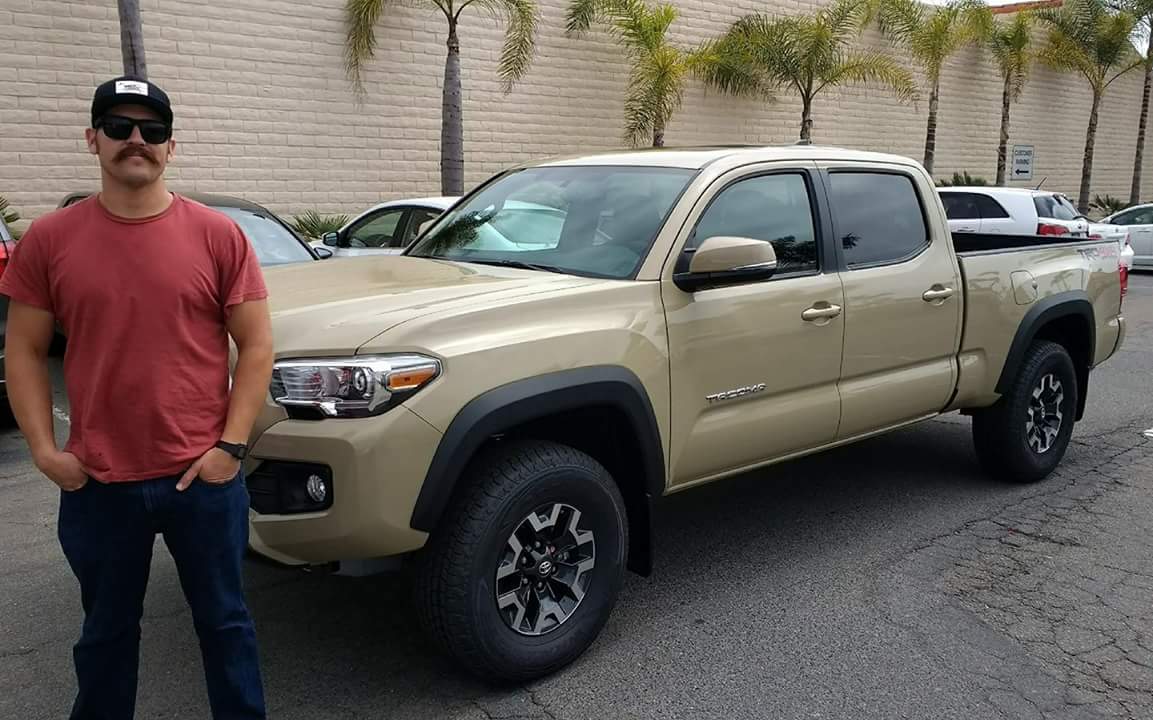 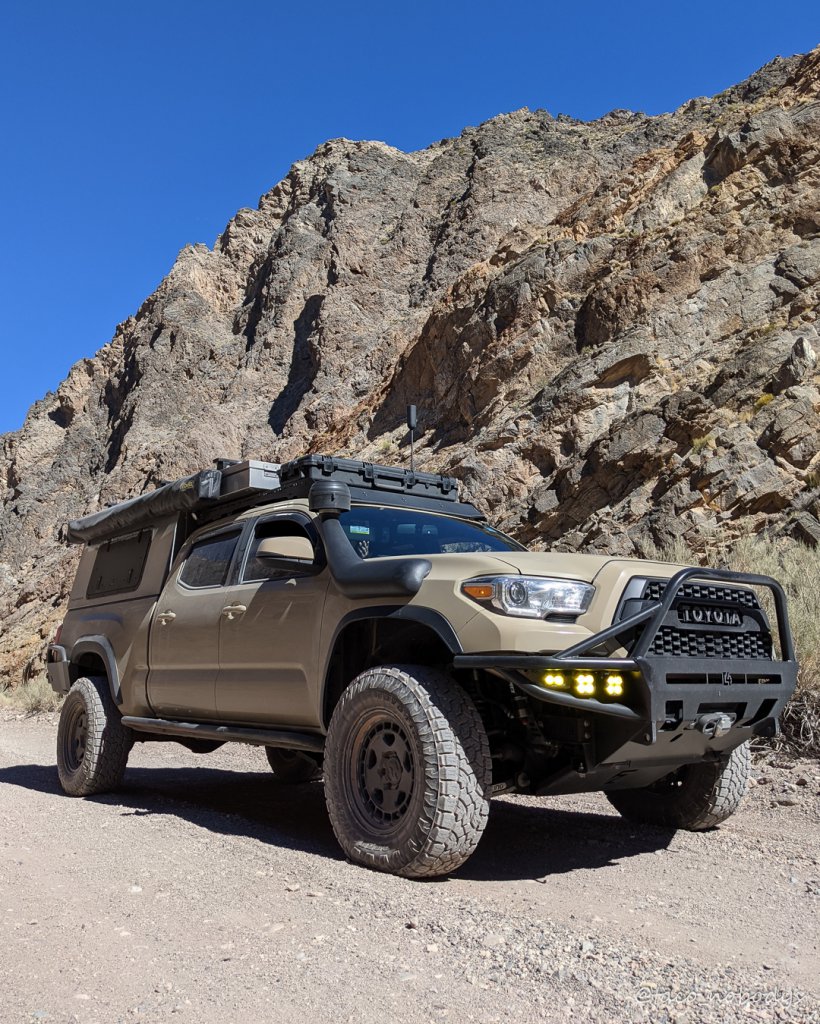 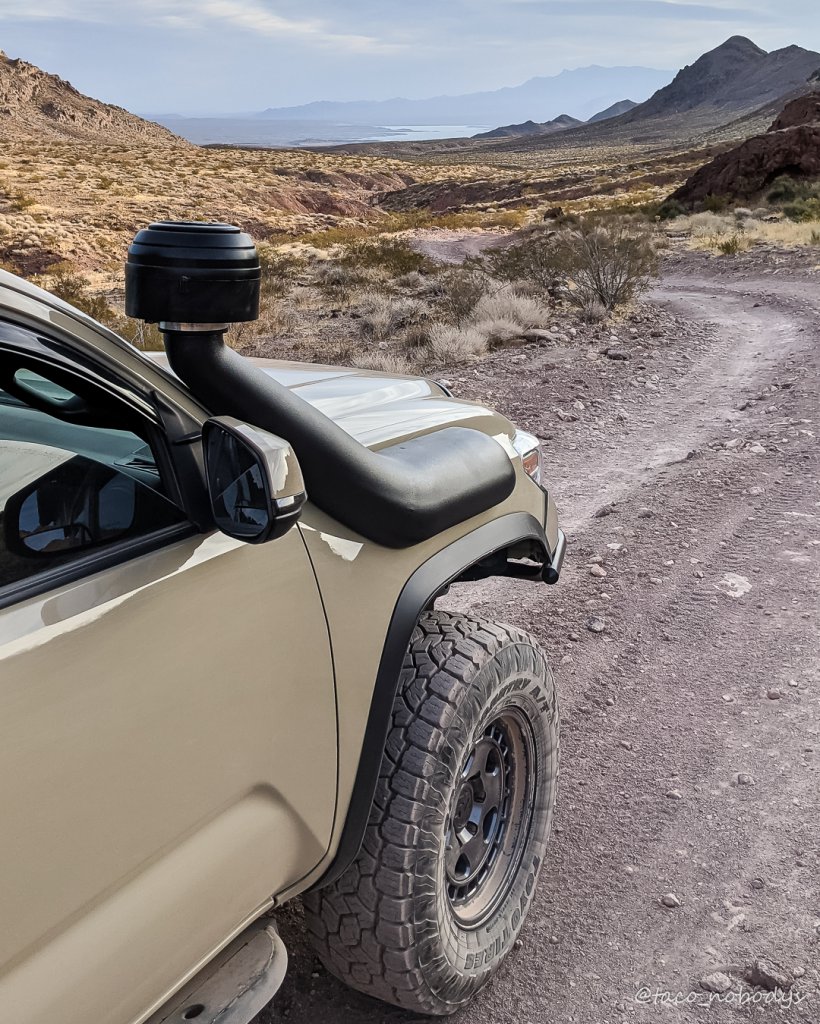 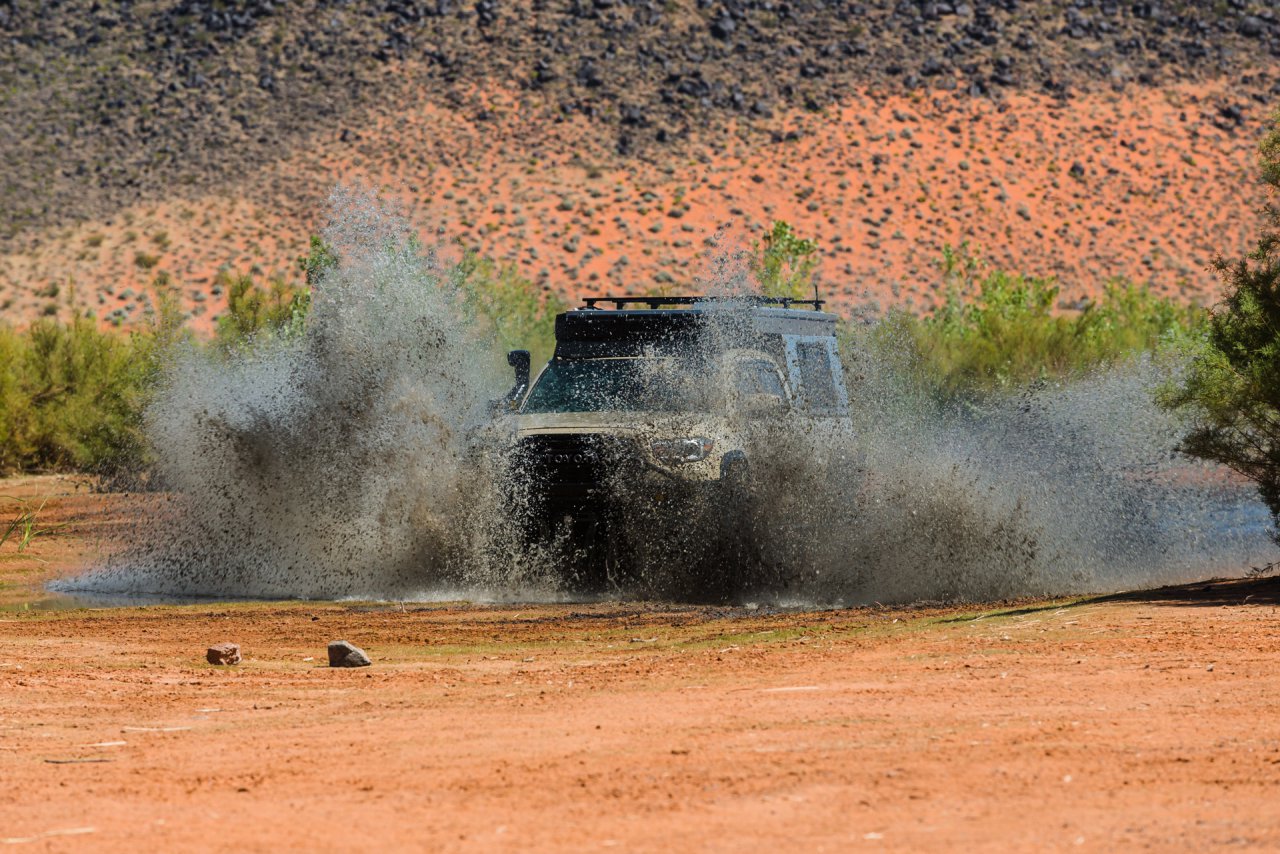 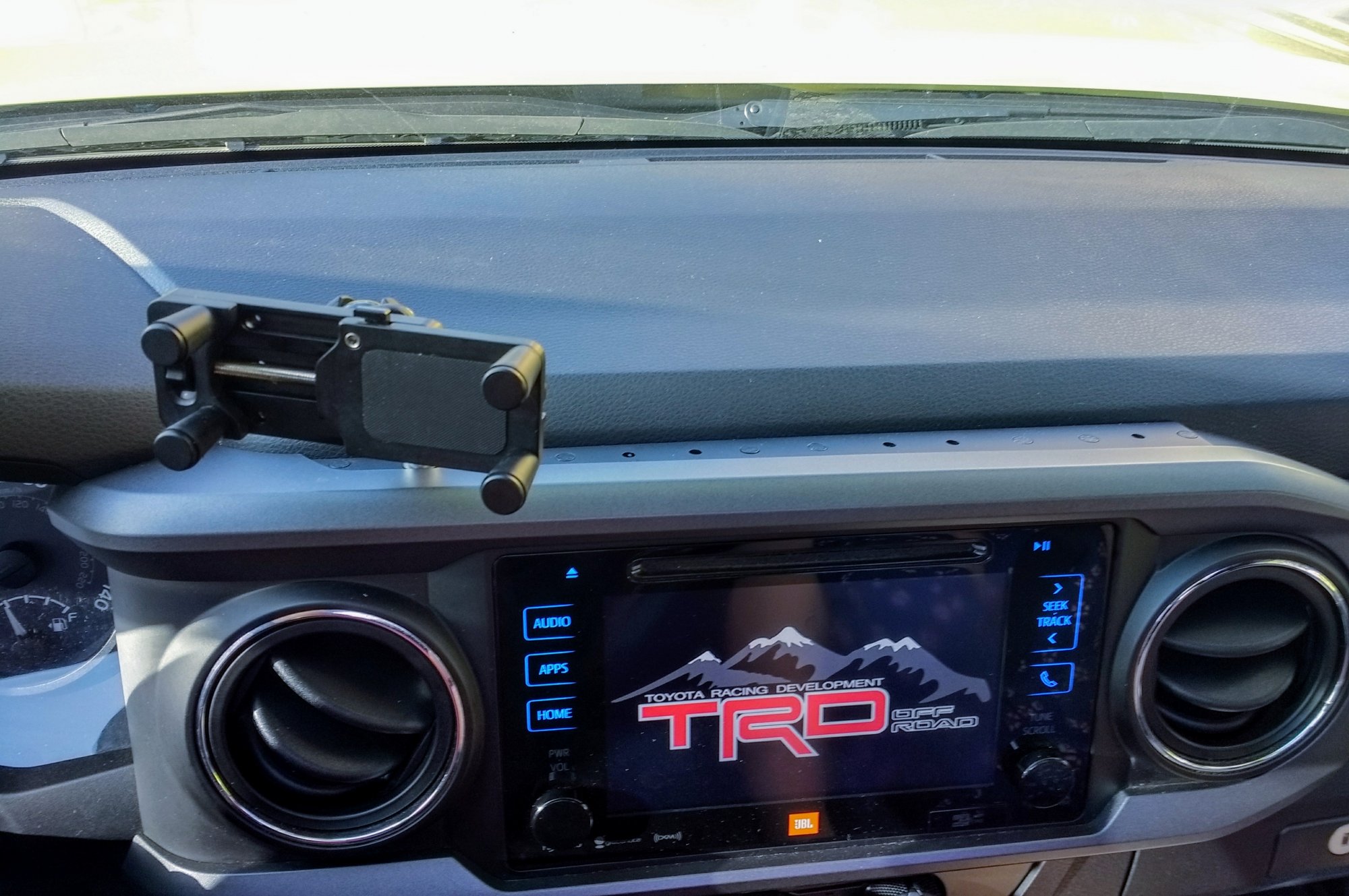 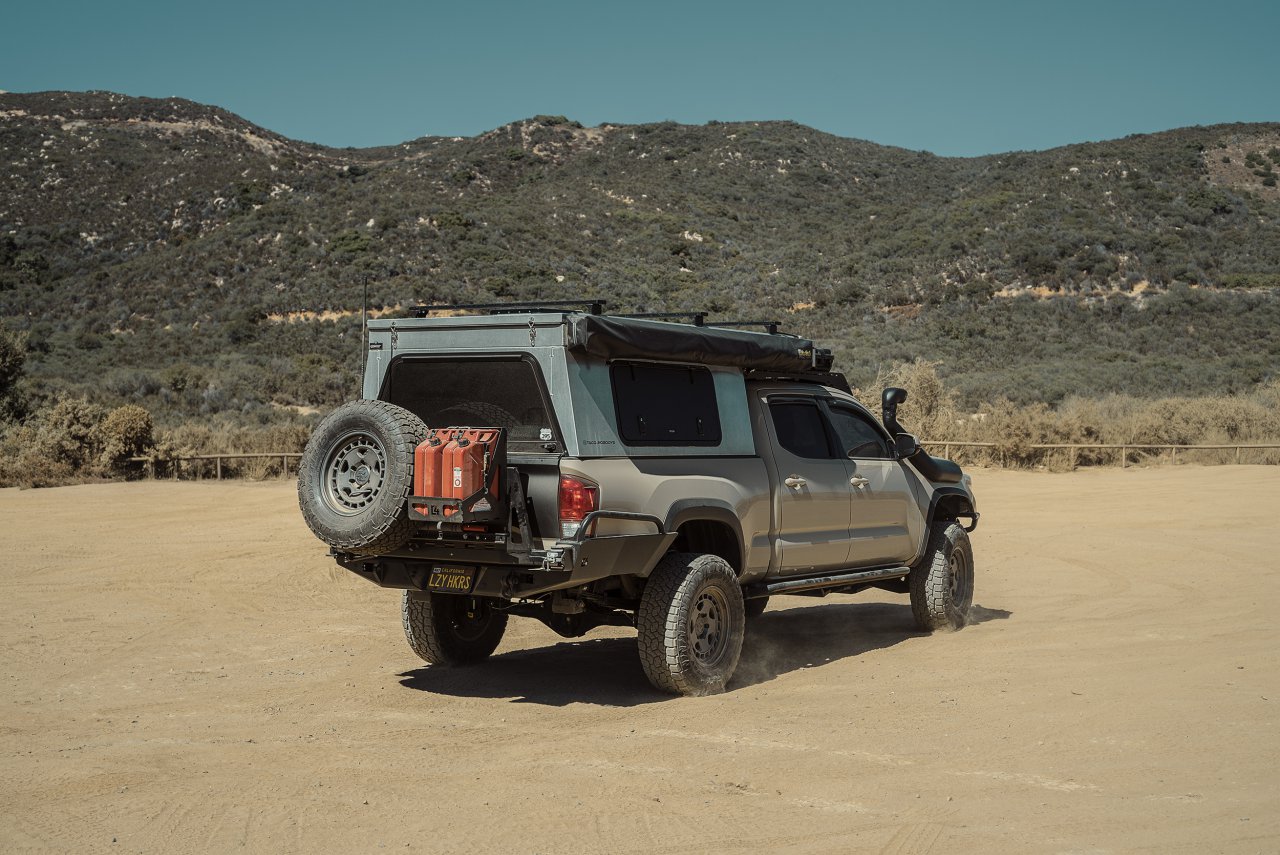 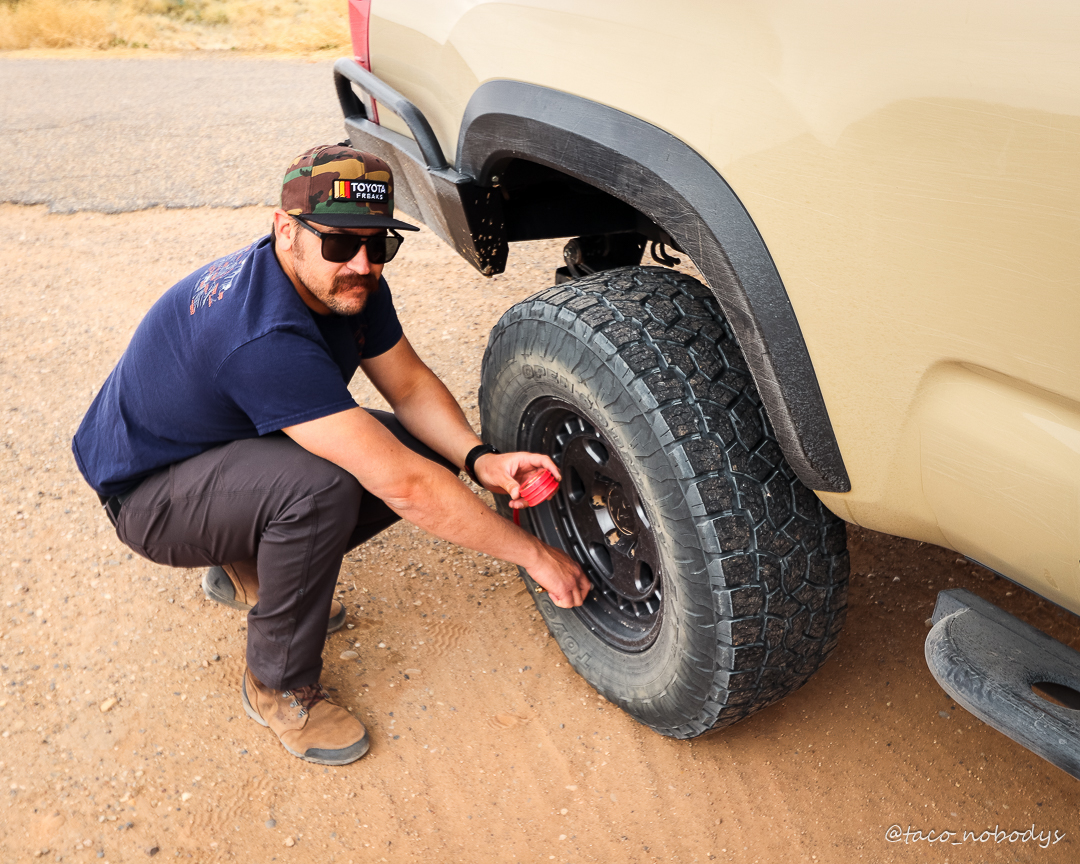 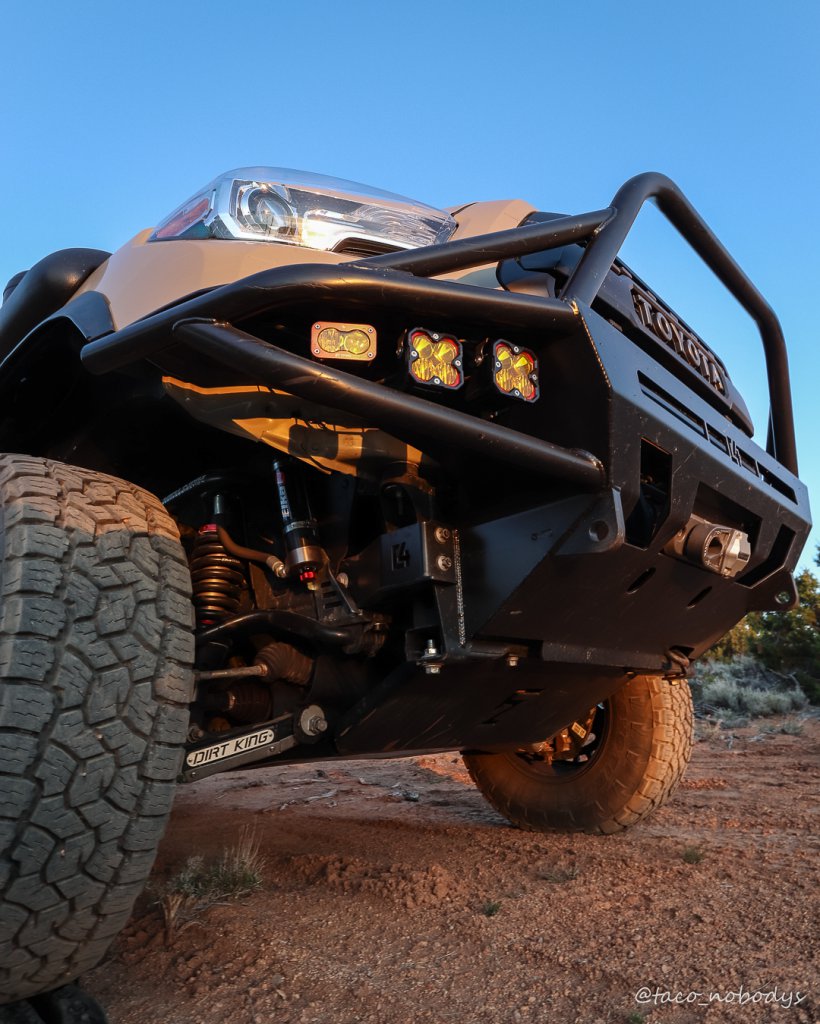 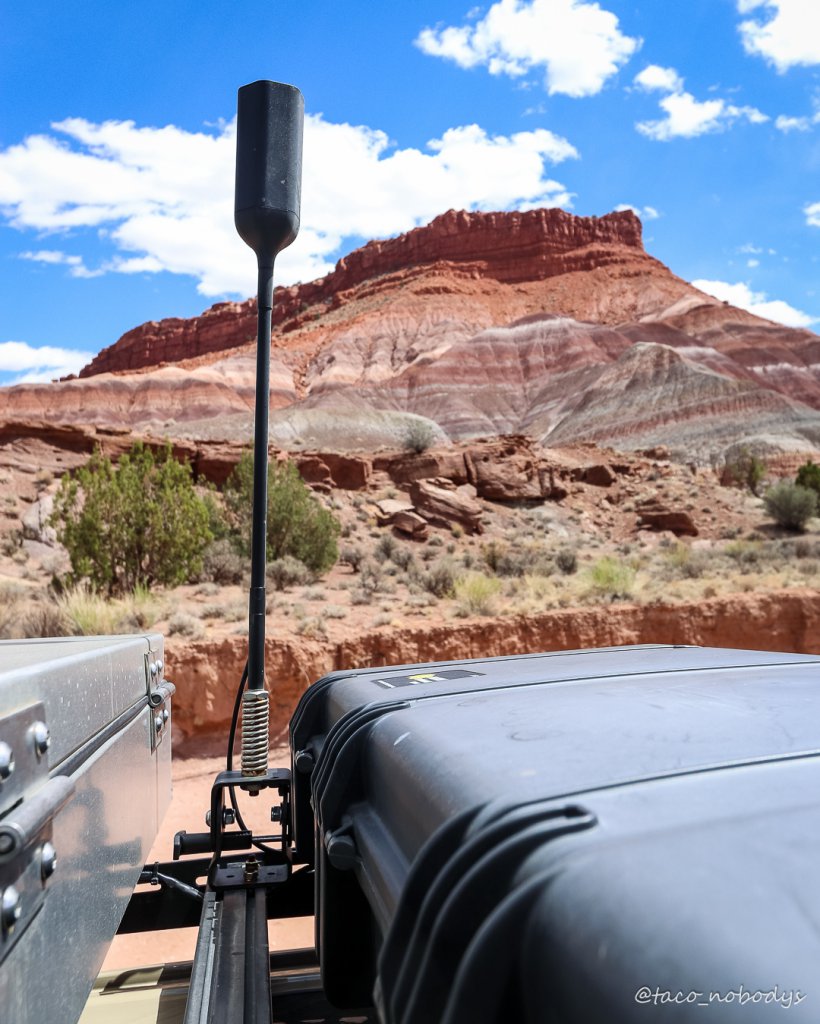 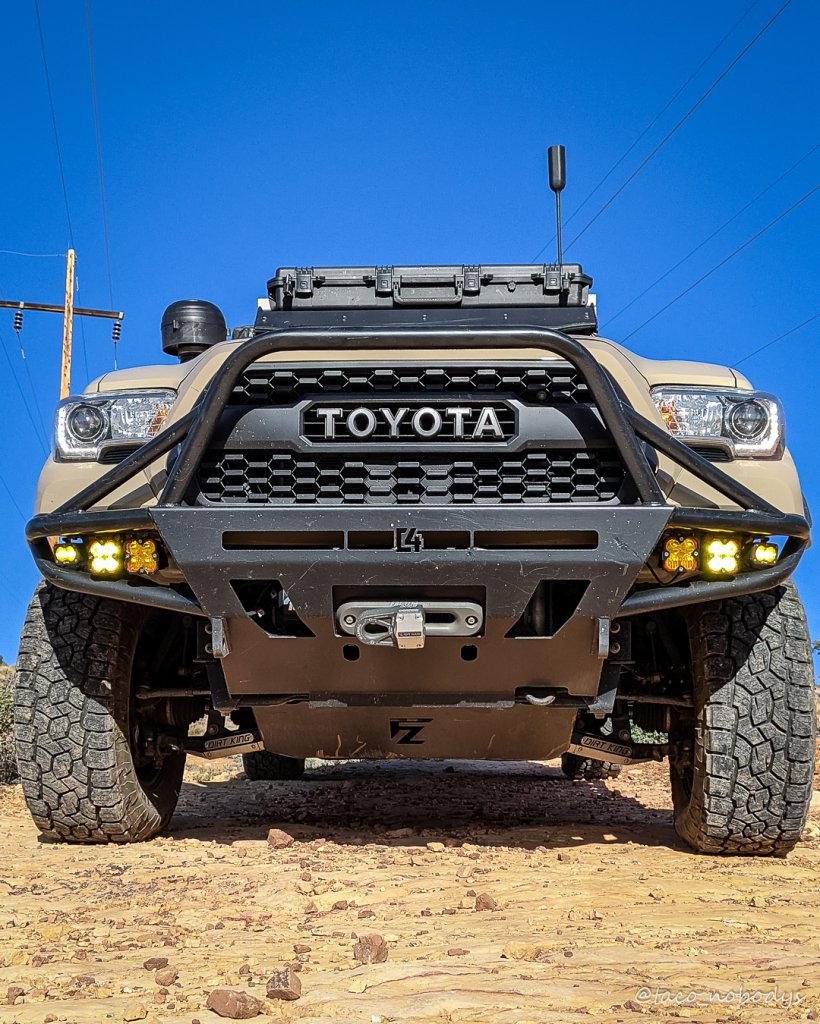 and let us know what you think! 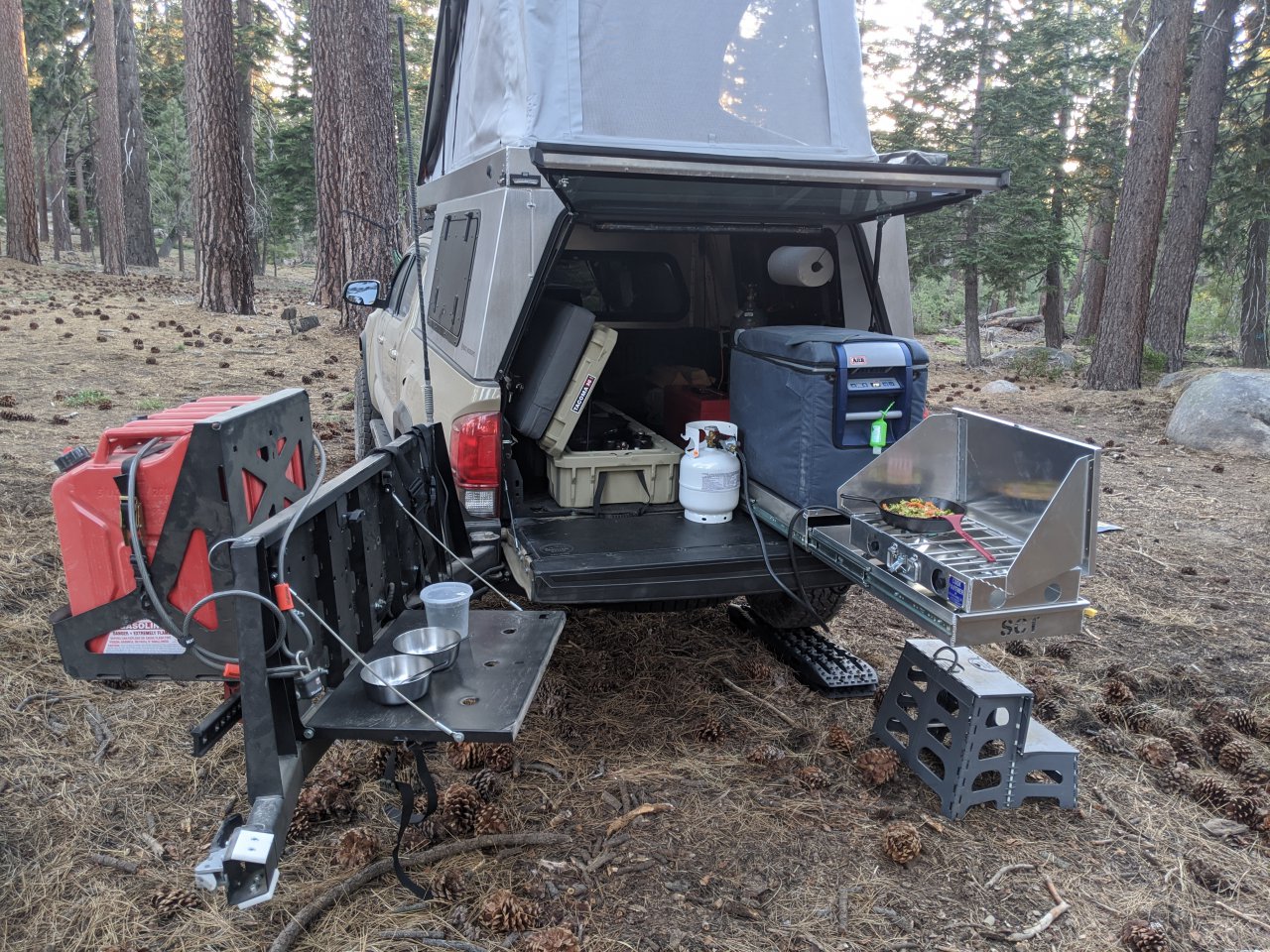 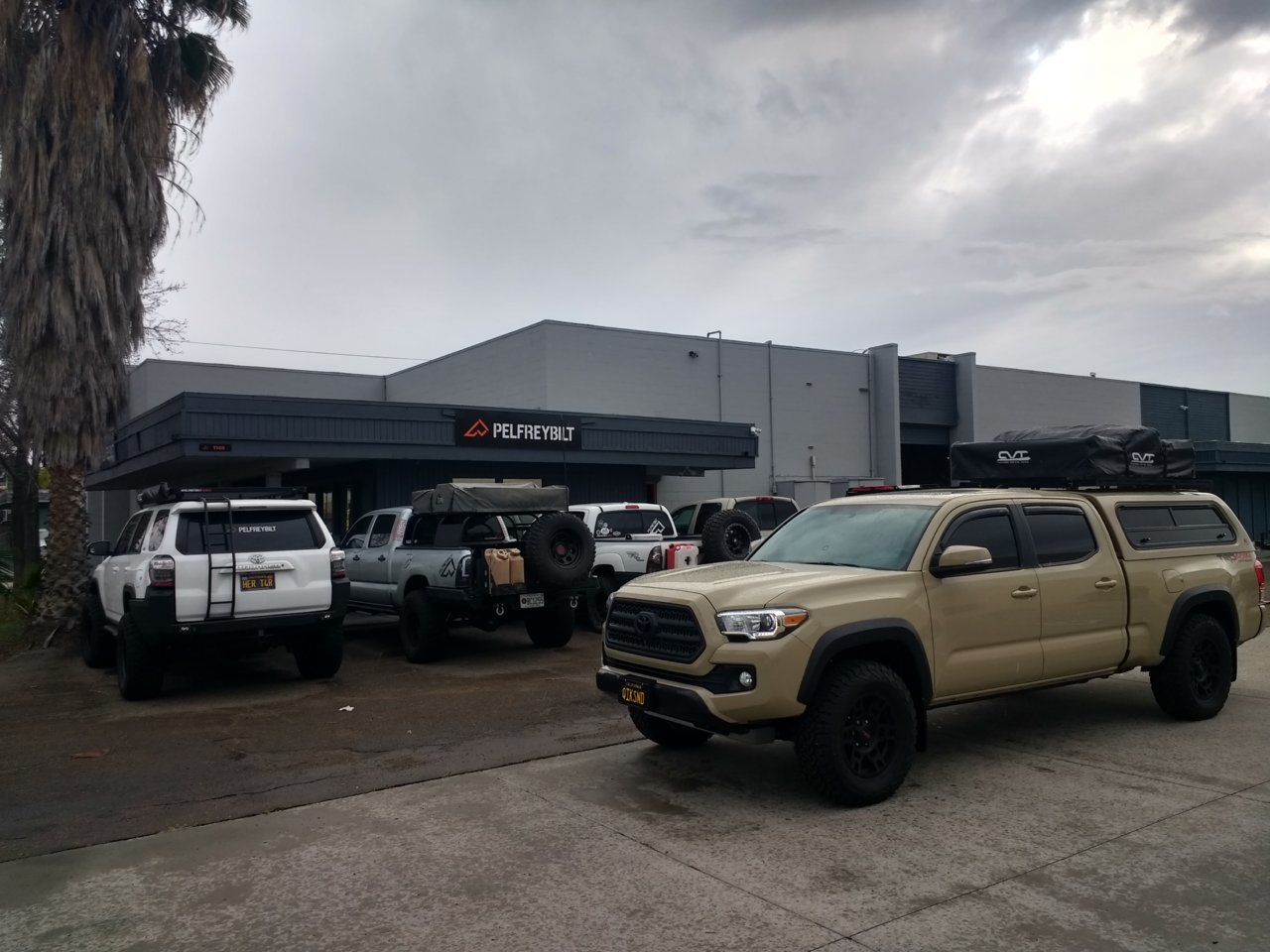 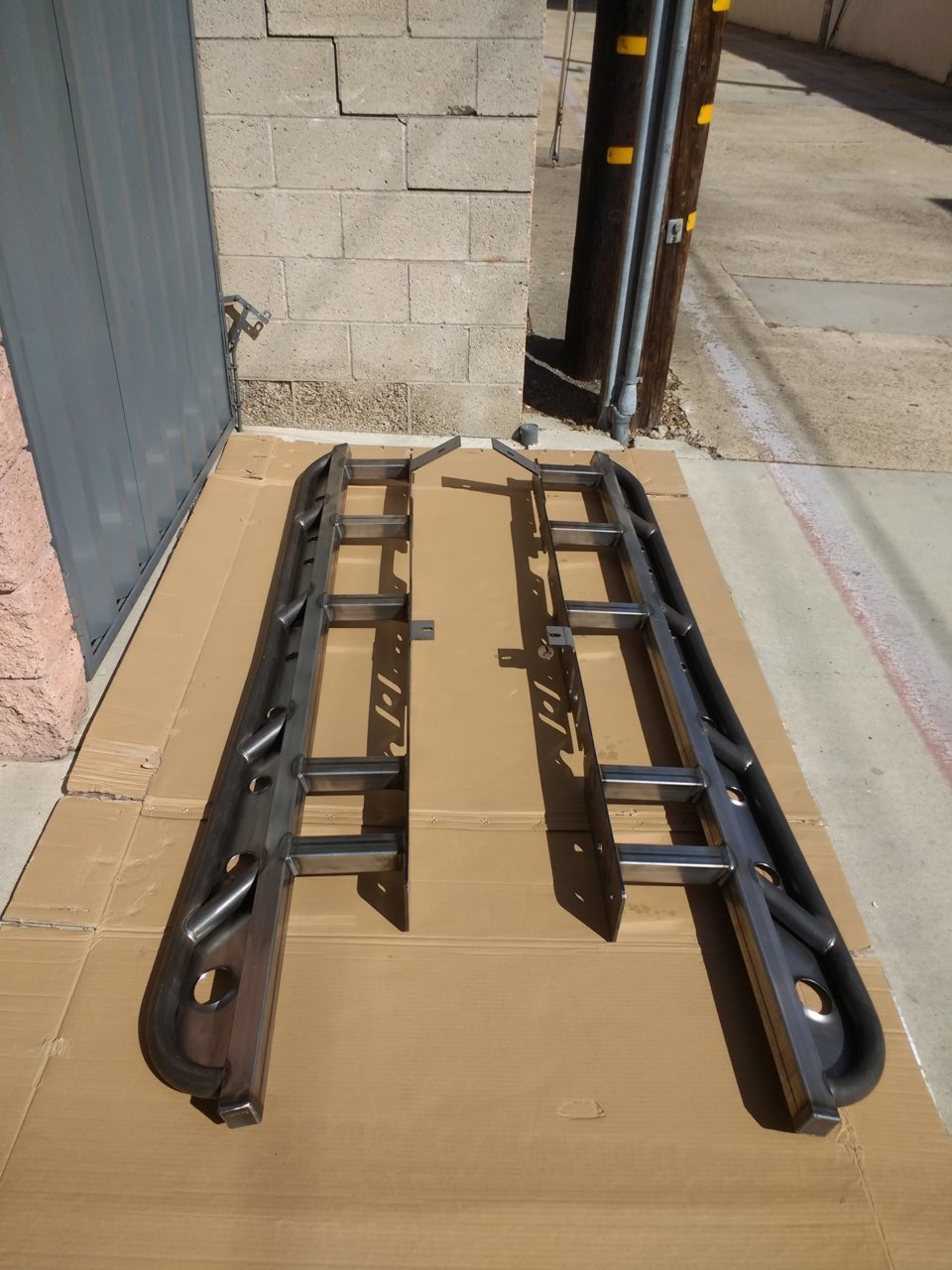 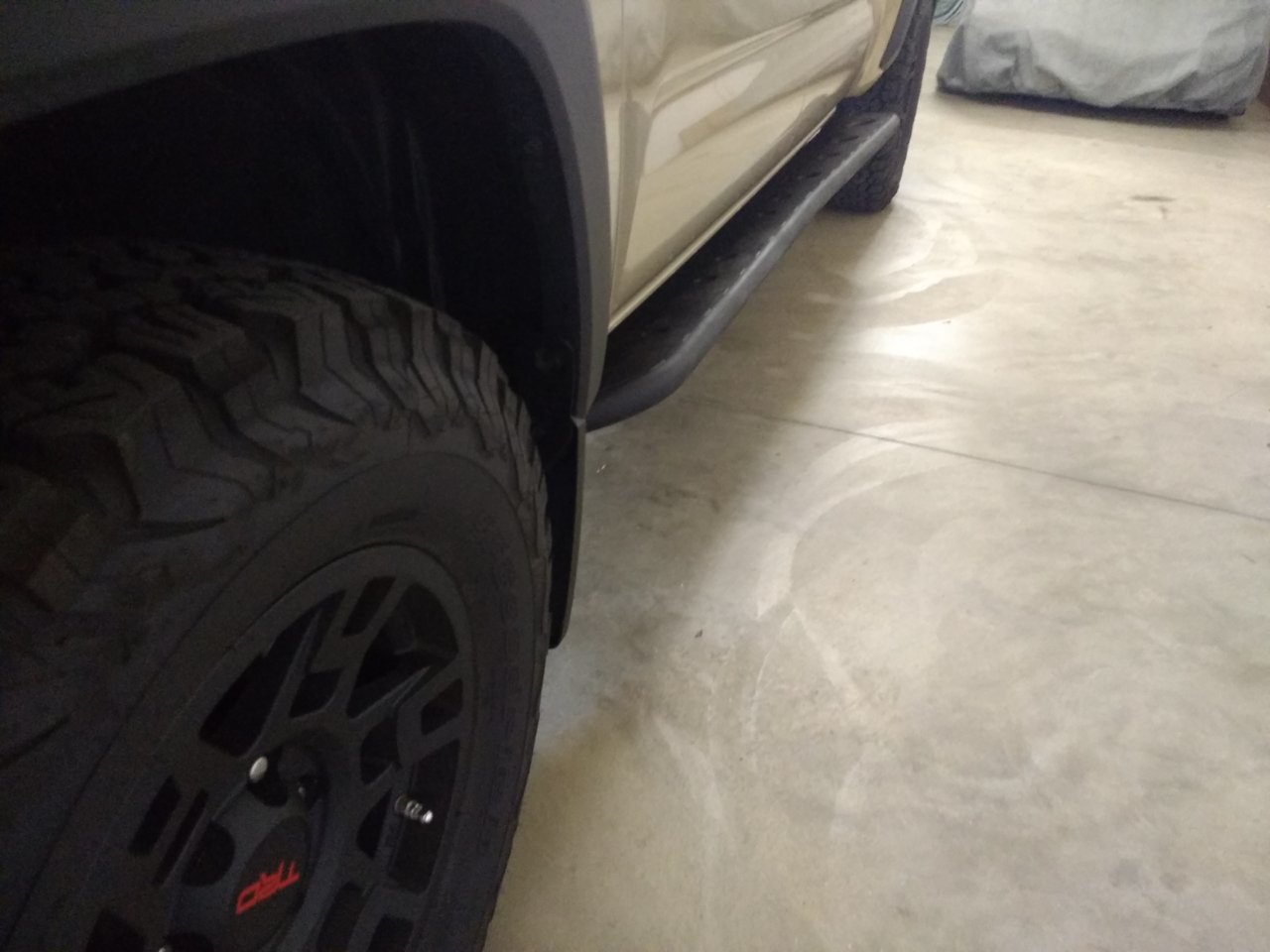 Nice truck! Thanks for being part of the #PelfreybiltFamily

Pelfreybilt said:
Nice truck! Thanks for being part of the #PelfreybiltFamily

Thank you!! Let me know when you guys want a local SD truck to showcase that upcoming 3rd Gen high clearance dual swing out rear bumper . I'll end up with one anyhow as I prefer to support local businesses. haha

Good to see you over here

Good to finally get here. I've been meaning to post up I've just been so damn busy. Adulting is hard. haha

Dude, your quicksand longbed is way cooler than mine! I’m digging your rig and the way you went with it. Welcome to T3G!

Tyler thanks for the compliment. Hope to bump into you around SD. Thanks for setting up the site.

Had the shell remounted and resealed yesterday. It has moved backward a bit on one of our trips and we decided we wanted a little more secure mounting. The shell now has two bolts through the top of the bed and through the shell to stop it's forward and back movement.

I forgot how good it looks as a truck. 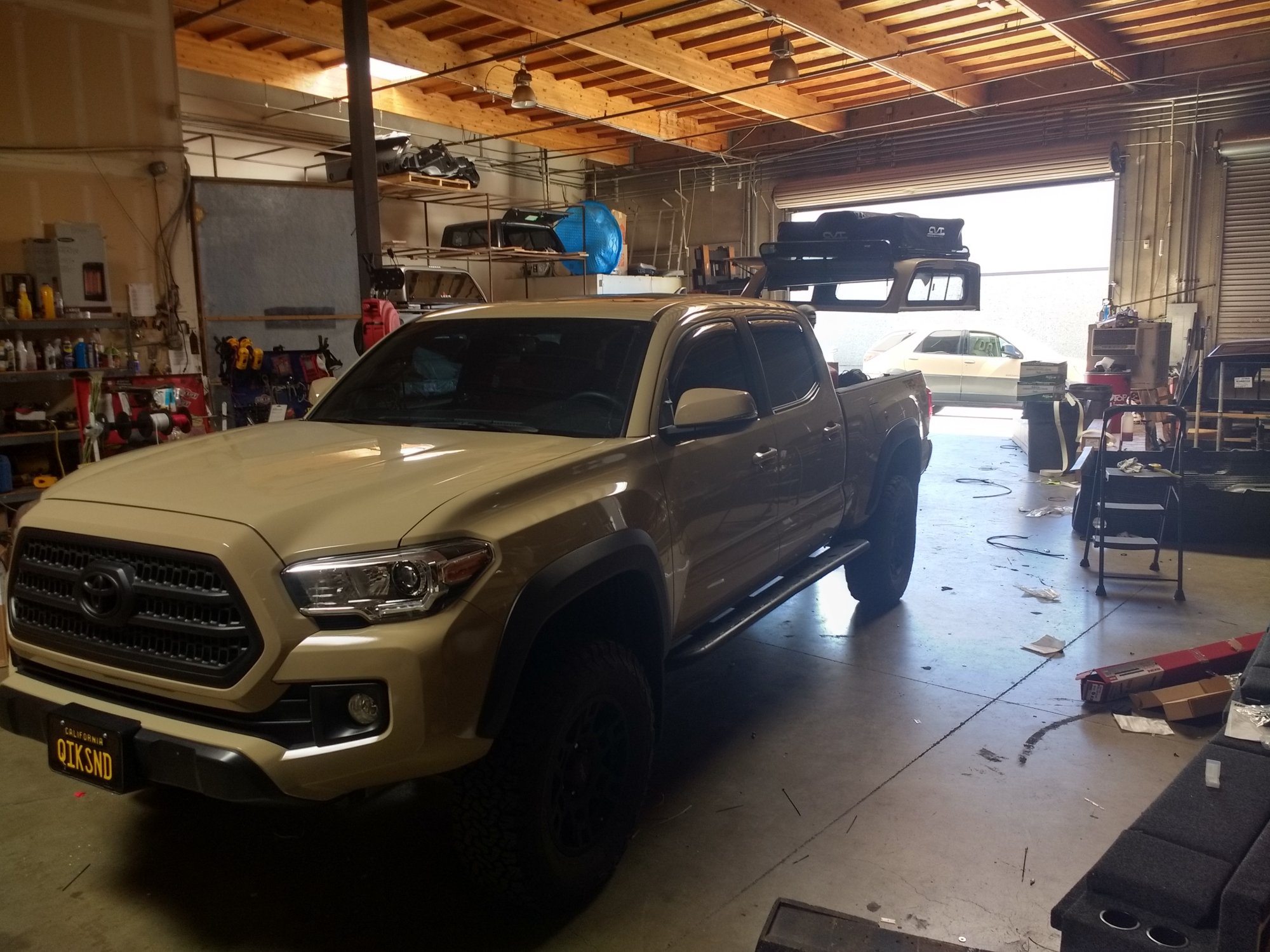 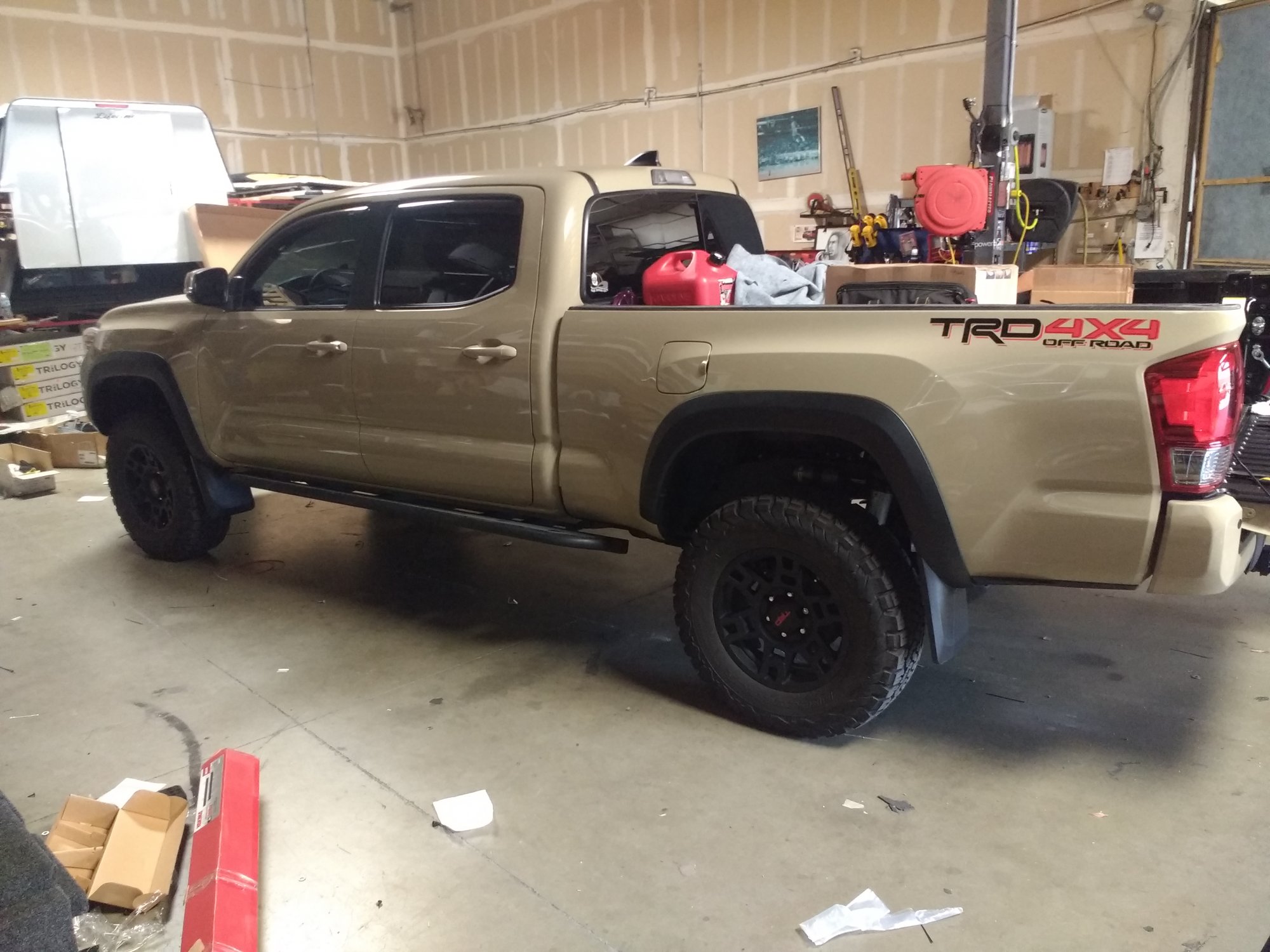 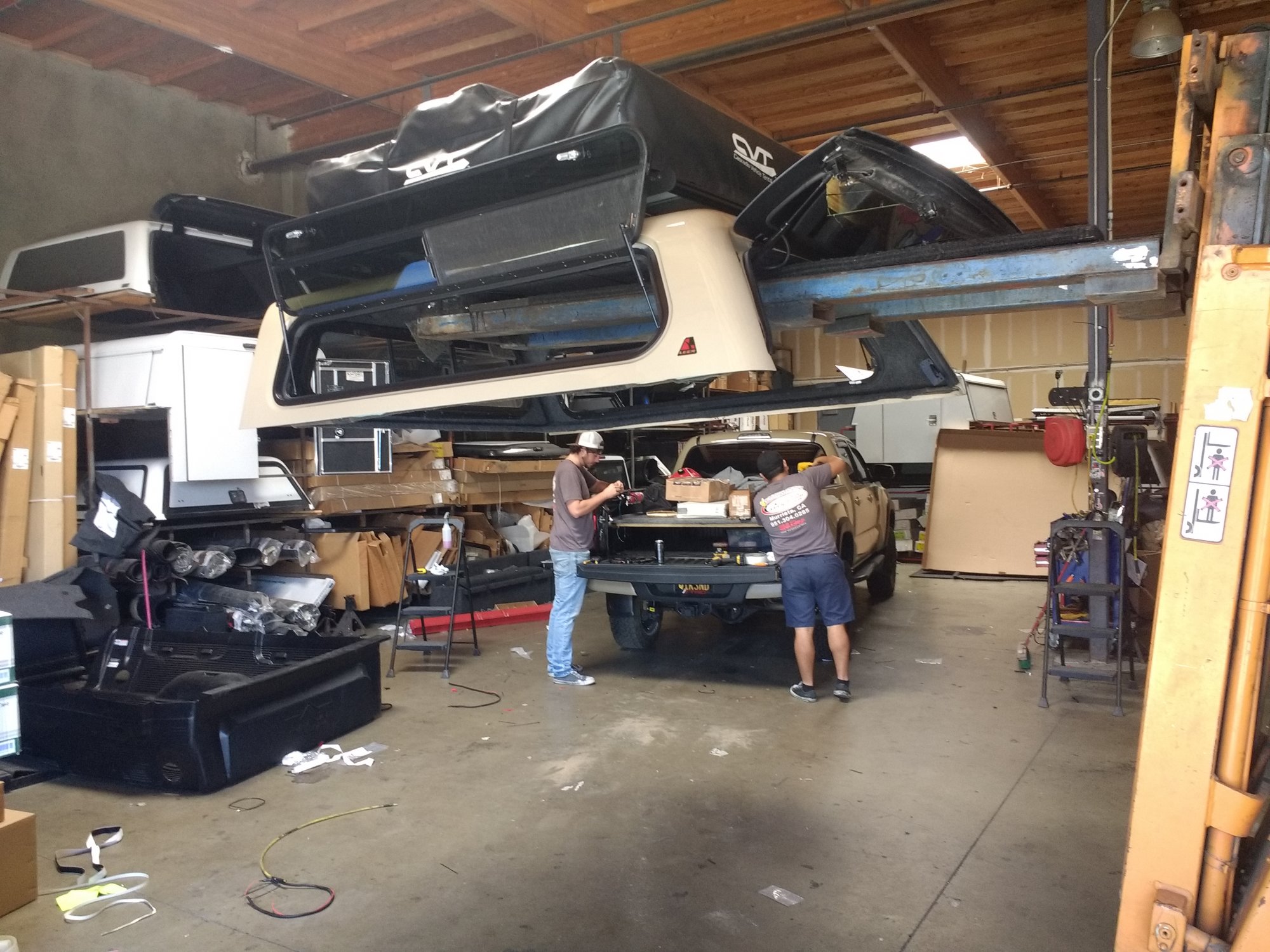 Installed the Superbumps front bumpstops today as well as the Rago bed stiffeners.

Really impressed with the

ragofabrication product. From package to product to install, every was dialed. The package was well secured and everything was separated in sections. 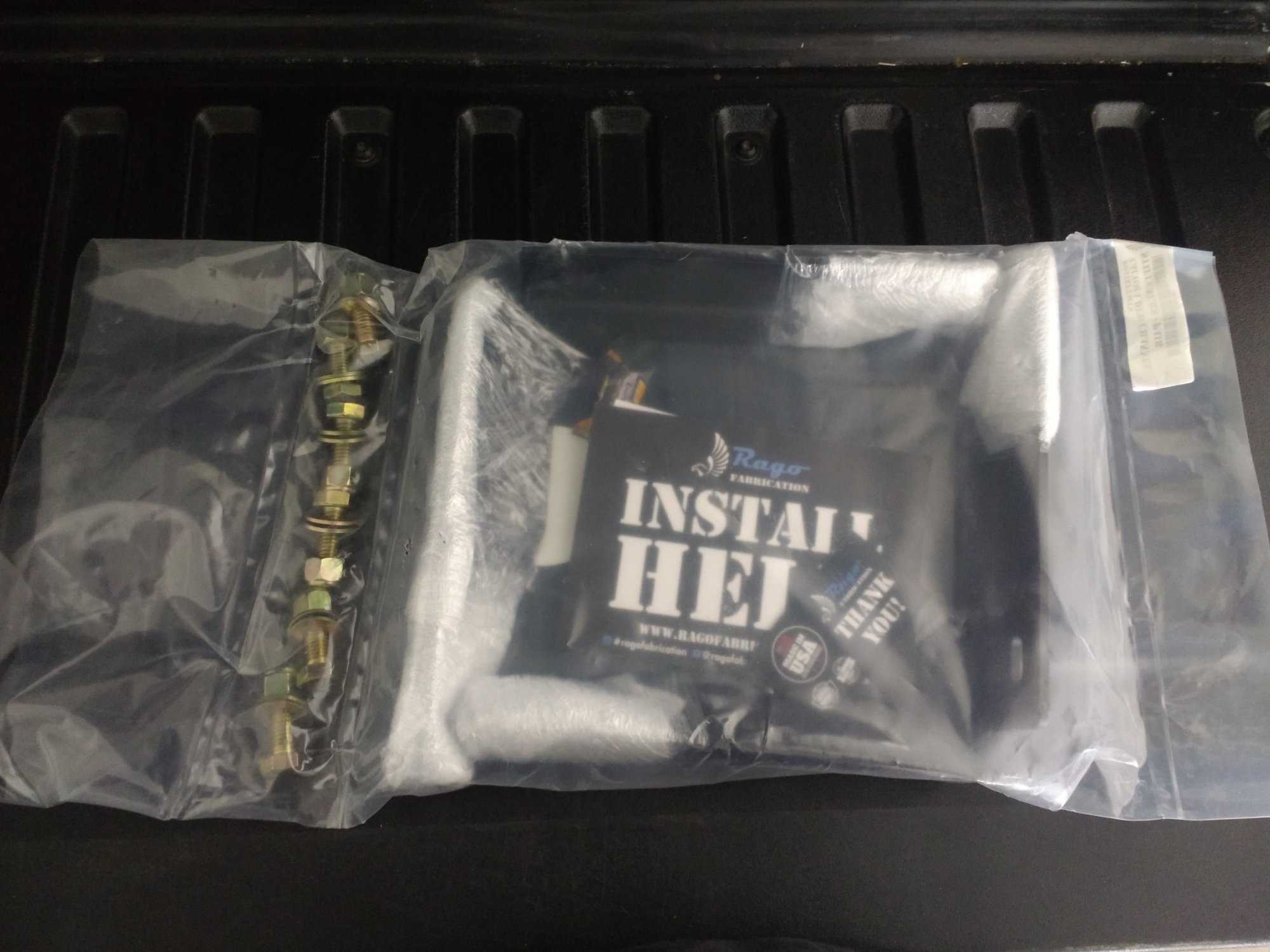 Once opened, the stiffeners were well wrapped to protect the ends from damage during transport.

The powder coat didn't come out unscathed though. There were a few small nicks and burrs on each stiffener but nothing worrying about as these live in the bed of a truck.

Super easy install. I watched Rago's video on YouTube and the install took less than an hour.

Once installed, these things look good and sturdy. We had had some issues with the bed flexing when parked on uneven surfaces. The flex caused interference issues with the tailgate opening and getting caught on the edge of the shell. I'll report back with if they help with this issue at all. 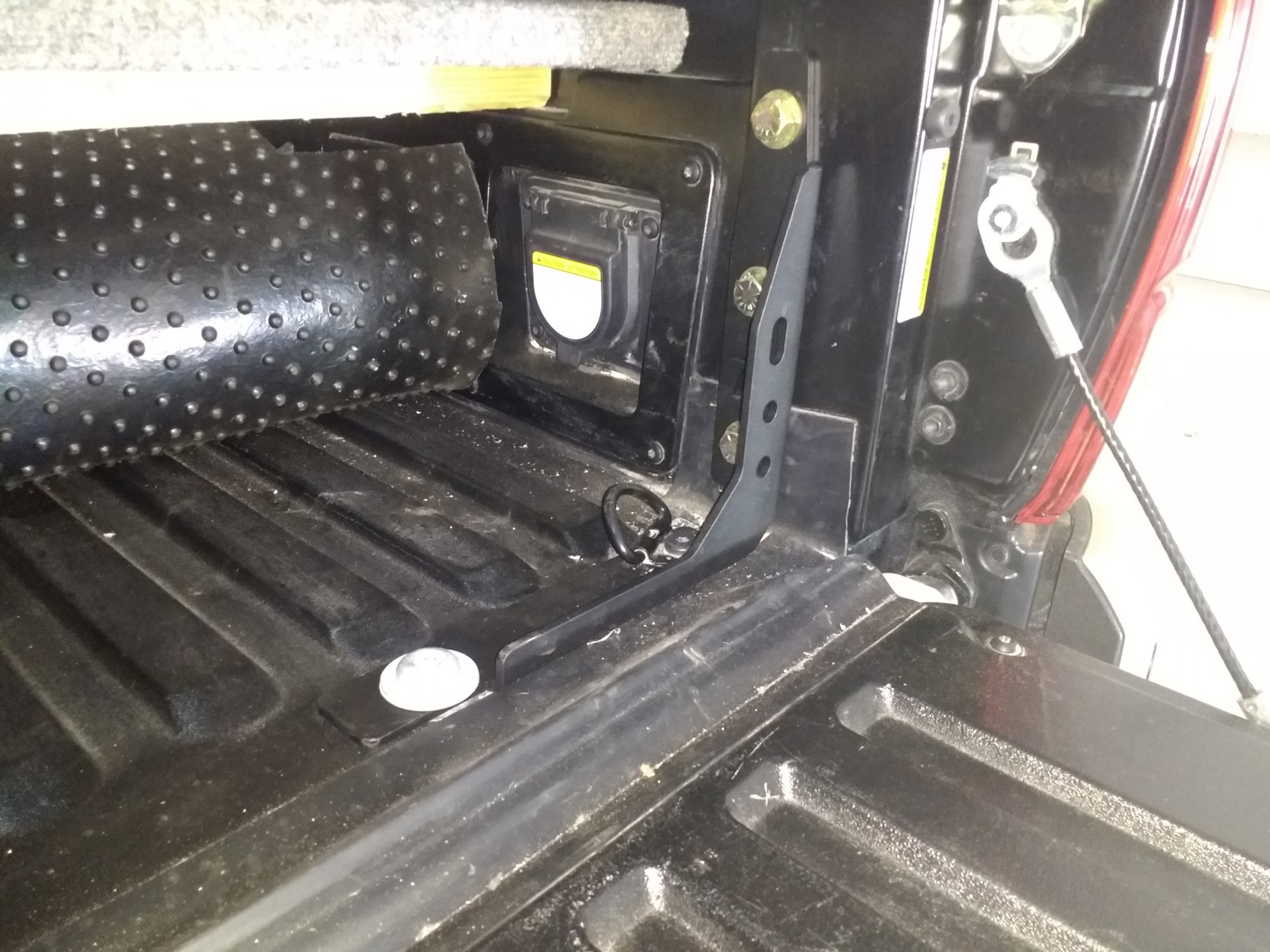 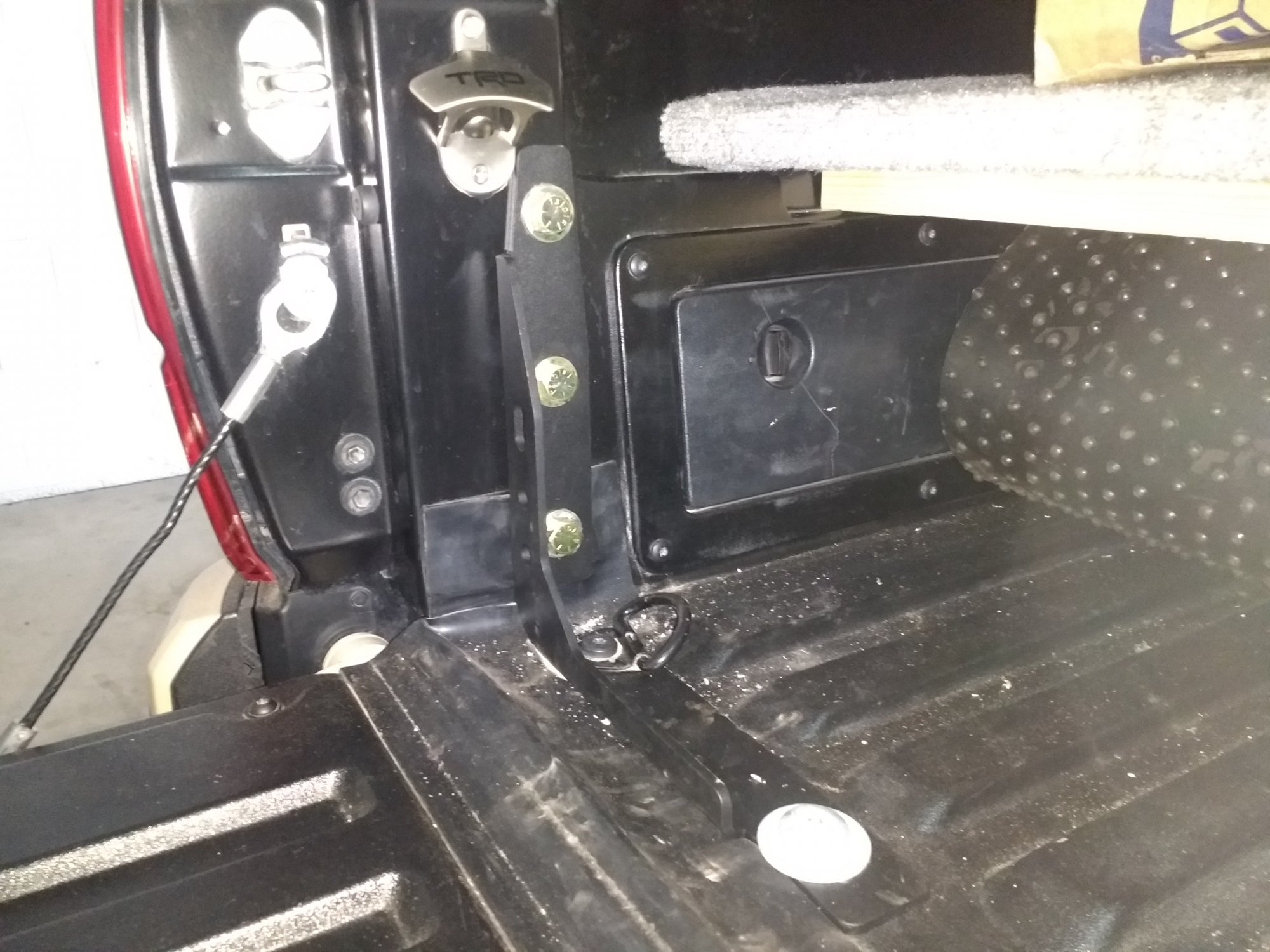 The bumpstops were ridiculously easy to install. Took about 20 minutes. Just use a large channel kick to unscrew and the use the supplied Allen wrenches to tighten. Little bit of blue lock-tite for good measure. They definitely look beefier than the factory stops. They are twice as thick as factory. The factory stops feels like hockey pucks where as the Wheelers stops feel much squishier. I hope they are in use because being that they are twice as thick as the factory I'll definitely come into contact with them sooner in the travel of the suspension. 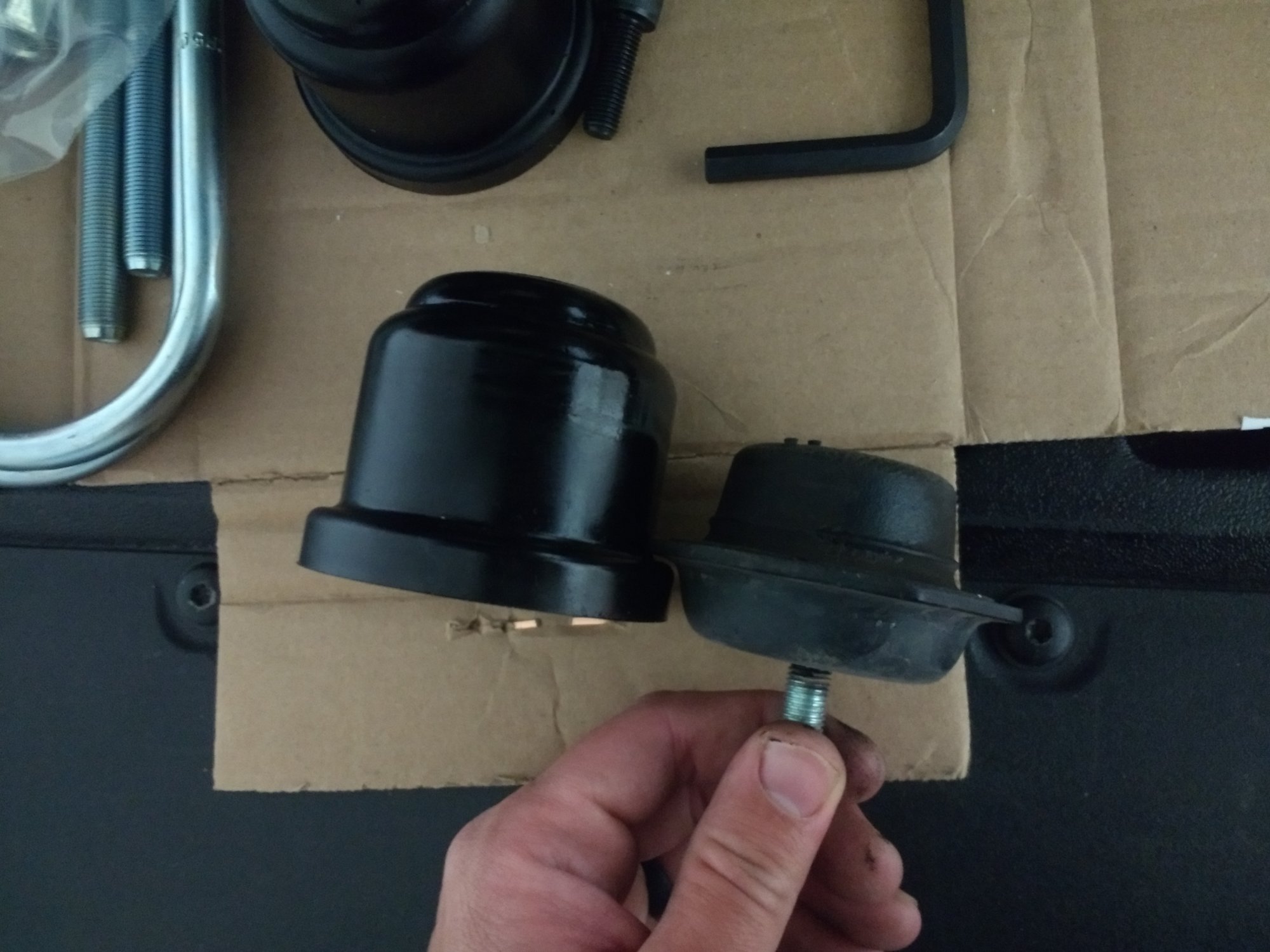 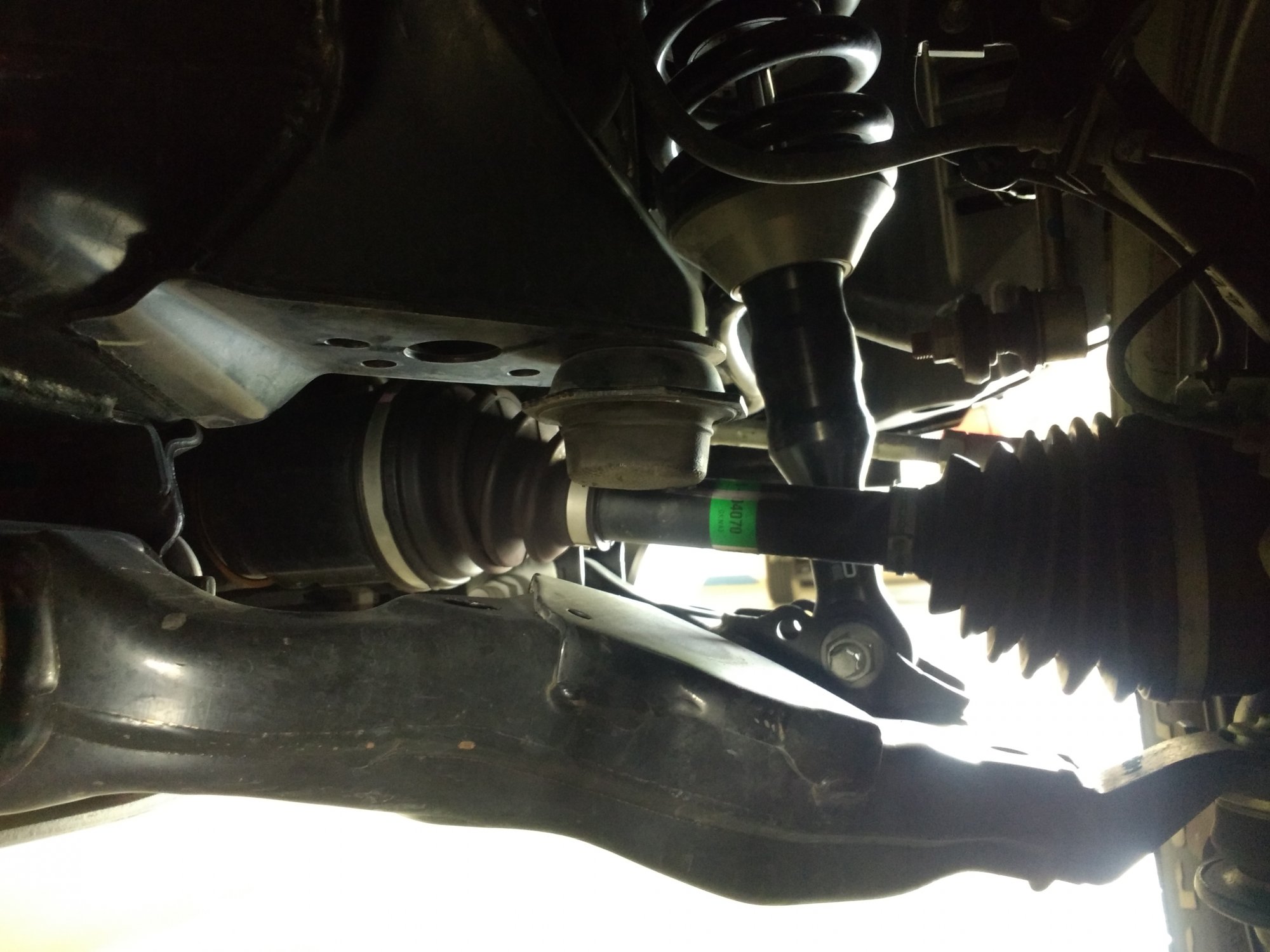 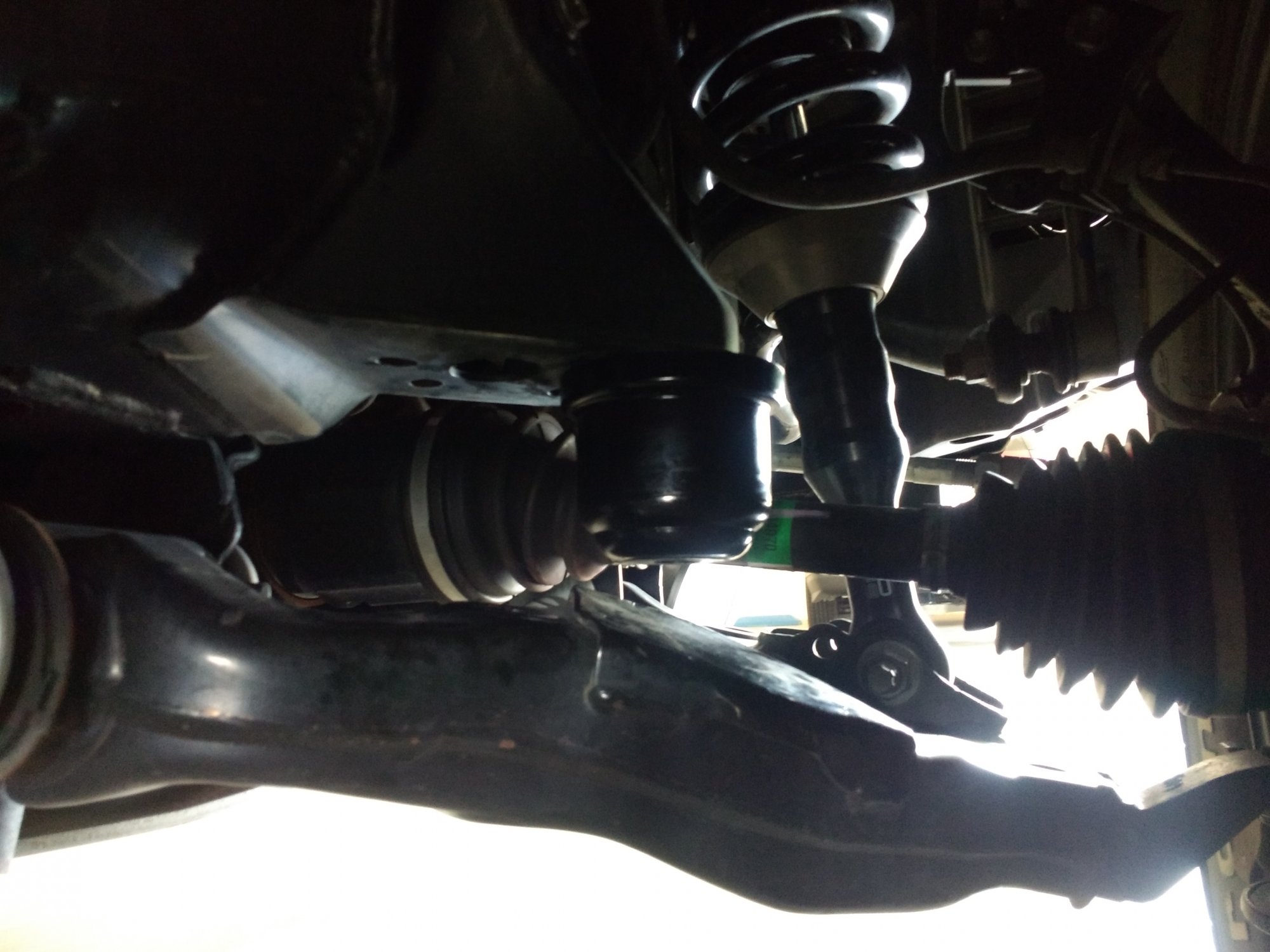 Nice build. Im looking over my suspension now deciding on if i need bump stops or not and thinking of a shackle hanger.
Last edited: Jun 20, 2018

Taco_primo said:
Wish I would have saved up and skipped the standard OME kit and go with the BP-51’s
Click to expand...

Buy once, cry once. That's kind of fwyat we have been going with. That's not to say we won't change things up eventually.

Do you still have your factory suspension? Start saving them pennies and sell the standard OME then get the BP-51's!! I dig these things. I would have gone LT if it weren't for the difference in price and the significant mods necessary to the factory suspension/chassis to do it right, on a brand new truck.


951_yota said:
Nice build. Im looking over my suspension now deciding on if i need bumpstios or not and thinking of a shackle hanger.
Click to expand...

I couldn't tell you if I actually NEED them per se, but after hitting the bump stops before we installed the BP-51's, I didn't want to hit those little bumps of concrete ever again.

Sweet rig and strong work. Can't believe I haven't seen you running around 619.

What area of the county are you in?
S

Mr. Nobody said:
Thank you.

What area of the county are you in?
Click to expand...

Chula Vista, CA. When I saw the 619 on your tag, I may have assumed the wrong thing.

CWebbyExploreX4 said:
Chula Vista, CA. When I saw the 619 on your tag, I may have assumed the wrong thing.
Click to expand...

You assumed correctly. I'm over in Coronado. Work all over SD. ?
Top