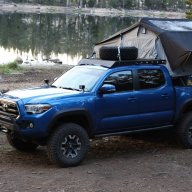 So, whos here from this area? 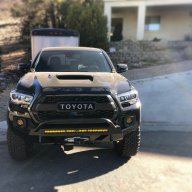 I'm building my truck out there but won't be in the 775 until April... parts still trickling in. Pretty jealous you can just drive out your back yard and immediately be in some serious crawling and terrain

Oh man, I am glad your here. I was tried to send you a message on the other forum before you deleted your account. The moderators over there take their jobs waaaaay to serious.

its a fkn circle jerk over there. They banned me and then linked me to the "rules" I broke and I couldn't read them because well, they banned me! I got your number for the wheels and tires tho so I'll keep you posted. We just picked up the suspension and I still gotta order my methods.

oh shoot sorry for the misunderstanding!

no prob. dont get banned for it. LOL

This seems like a safer space Not sure how many other folks from Reno are on this board yet but I'll ping you when I get out there. Going to do a shakedown run offroad with another tacoma, 4runner and a jeep I think so I can test all the new gear when I get out there. Will keep you posted in case you wanna meet up

I’m getting ready for a shakedown run too 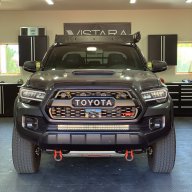 Ok, so I got banned from the other tacoma site for stating that I didnt like someone.

Forum mods really must have no life or had their lunches taken from them throughout their school years.

Particularly JBERRY and that MTGIRL or whatever her name is.

Bro, I am banned until the 21st for posting that tool chest I have for sale in the Reno BS thread. I'll never go back.

Its been like 4 hours and Im still heated about it. I hate being accused of doing something I didnt do.

XxMagpulxX said:
Its been like 4 hours and Im still heated about it. I hate being accused of doing something I didnt do.
Click to expand...

I know the feeling man. That entire domain belongs in Communist China.

So based on their perception of “bullshit”, our “bullshit” did not qualify as “bullshit” and therefore did not belong in a thread created specifically for “bullshit”? And then levy for some ungodly reason - a ban without notice, warning, nor guidance when one fails to meet their subjective view of “bullshit”. Unreal.

I get it, it’s their forum and if they want it to suck they have every right. I’m proud of them for doing such a good job at sucking. I’ll leave them to bury the 1st Amendment and finger-fuck the 8th because that egg will cook itself in the long run.

The problem is there is no burden of proof there. Whatever they say goes, and if they misinterpret what you say because they are too stupid to figure it out on their own, then you are fucked. I went on and on when you got banned, and tried to bait a mod into saying something stupid to me, but nothing happened. Then, I said I didnt like someone and it got blown up into a bunch of shit it didnt need to be. There were other members who agreed with the fact they were not understanding what I said.
JBERRY lives up at the lake somewhere so hes sort of local, which is depressing due to the fact that I would like to think nobody around here is as stupid as he is, but dammit, Im wrong.