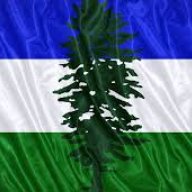 Trying to gauge some interest in doing a sort of group buy on some custom 3D printed center caps for Method Wheels.

As some of you may know, the OE caps that Method send out with their wheels are obnoxious, and are better left for the "bro-truck" crowd. I've been talking with @MKmachining on Instagram, and he's willing to produce some center caps for me. His setup fee is $85, but I don't have a per cap or per set price yet. I'm hoping to keep it in the $60/set range. I'm hoping to spread that setup cost around a little, and get some lower profile caps out to others that may want them.

EDIT: Initial estimate is $40 per set. This is a fantastic price point.

There are a couple different bolt patterns for the center caps, so we will also have to work through that issue. I personally have the 3 hole version that ship with the Method Grids.

To be clear, this would only be a replacement of the top portion of the center cap. You would have to remove, and replace each top half with this new 3D printed piece. Picture for reference:

Yes, I know there is a guy on TW that makes Method center caps, but he has been unresponsive to messages about them, and has been sold out of all three versions for a while.
Last edited: Jun 13, 2018

i hace the Mesh and i would buy them 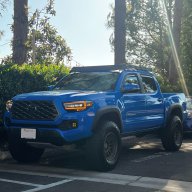 I have the NV 305s with the 6 hole pattern, I would really love to see something that doesn’t protrude further than the wheel lugs 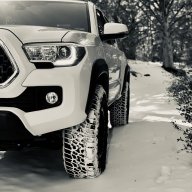 Did these ever come into production? I hope so... I just ordered NV's and am already dreading having to look at those obnoxious center caps the other day and they're not even on the truck yet!

If they are available I will definitely take a set. Has anyone else found any other alternatives besides Meso? He is still sold out.

Suspension I m new to this site and Looking to lift my 2018 Tacoma.