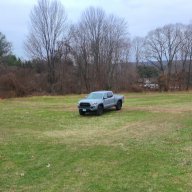 Not sure if this is even the right place to post this but here goes. I am looking to get a Tacoma in the near future, next 3 months. I am currently looking at used 2016 and 2017 off-road and sports. Just looking for some advice on which I should get. I don't /b/ plan /b/ on doing any real offroading but now that my kids are getting a bit older my wife and I have discussed going camping more often and who knows what may come with that. Typically the truck will be for daily commute to and from work and around town nothing crazy.

I have driven a 2018 sport and felt the ride was pretty comfortable, does the off-road ride differ from the sport? Would any of the off-road additional features be helpful in a North East winter? Thanks for the help.
H

If you're sticking just to the that year and not going with an 18, I'd go with a 2017. If I recall correctly 2016 was the first year for 3rd Gens which means you could get one with some hiccups / dislikes. If you get a 2017 you're more likely to get a revamped 2016 if you catch my drift. Also, weigh out the options for the Sport vs Off Road. I personally would go with the OR so you can have all the TRD Goodies and mod as you'd like.

As for NE Winter question, nothing is going to replace your ability to drive in slick conditions. The added safety features are nice but they're no replacement for common sense driving. 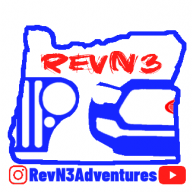 In my experience asking if a Sport or OR is better on a forum such as this is opening a can of worms. People with Sports think Sports are better, people with ORs think ORs are better and never the twain shall meet. For instance, I have a OR and I don't even understand what the point of the Sport is. Just get an SR5 and save some money if you want a Sport. Now I'm sure people who own Sports will disagree with me and have totally reasonable points as to why they got their Sports. I will categorically classify them all as insane though, as is the custom.

Also, why do people who buy SRs and SR5s never post on forums like these? Where are the SR people?

And has anyone ever bought a Limited? I don't judge, I've just never seen on in the wild. 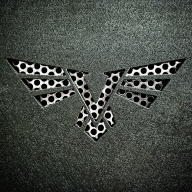 I bought a sport cause it came with a fake hood scoop and color matched flares and I liked that way that looked. It was also the color I wanted and available on the lot. I knew I was going to regear and add ARBs so the OR stuff didn't matter to me. I do wish I bought a manual though because the auto blows.

That said I would say get the OR if you don't plan on tearing it apart.

Since you said you don't plan on doing any off-roading, and since the biggest perk of the OR is the rear locker, I would say get the Sport if you can get a much better deal on one. This way you'll also get the hood scoop if that is something you like the look of.

For most other people who want to get into moderate to hard wheeling, I would reccomend the OR.

Overland Get Together NorCal?